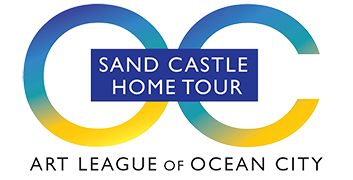 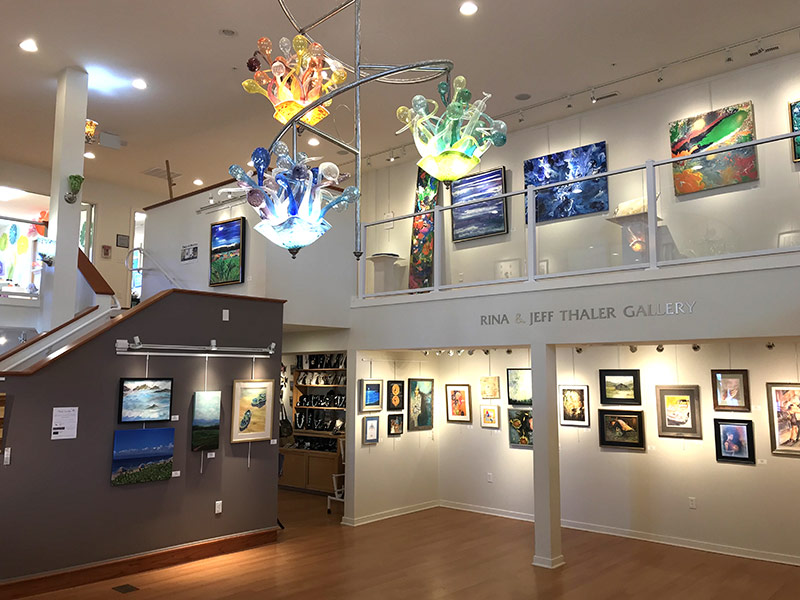 For the past 17 years, the Sand Castle Home Tour has been the Art League of Ocean City’s biggest fundraiser. This event has helped sustain us as a nonprofit arts organization and originally provided seed money toward building the Ocean City Center for the Arts on 94th Street.

In 1990, the Ocean City Art League’s official name was changed to the Art League of Ocean City. By 1995, the Art League was outgrowing the 1,200 square foot building and began making plans for an expansion. The group was unable to apply for grant funding as there was no written lease for the building. A “raise the roof” fund was established and once again the group, led by League President, Inga Tuvesson, appealed to City Hall asking for support for expansion. No action came from this effort though the seeds for growth were planted.

In 2005, the Sand Castle Home tour was established to raise funds for a larger space. By that time the city had determined that the old structure would not withstand expansion and a new building would have to be built. The Board members felt that if they were able to go to the City with the financial support for obtaining fixtures for the building, perhaps the Council would help with the construction costs. In 2011, after raising $200,000 through the home tours, the Art League, spearheaded by President Rina Thaler, once again approached the City Council. This time they had a plan for the construction of a 7,500 square foot facility to replace the aging pool house building. Recognizing the value that the arts bring to the community, the Council approved the request for $600,000 in construction costs and the plans were finalized for a new home for the Arts in Ocean City.